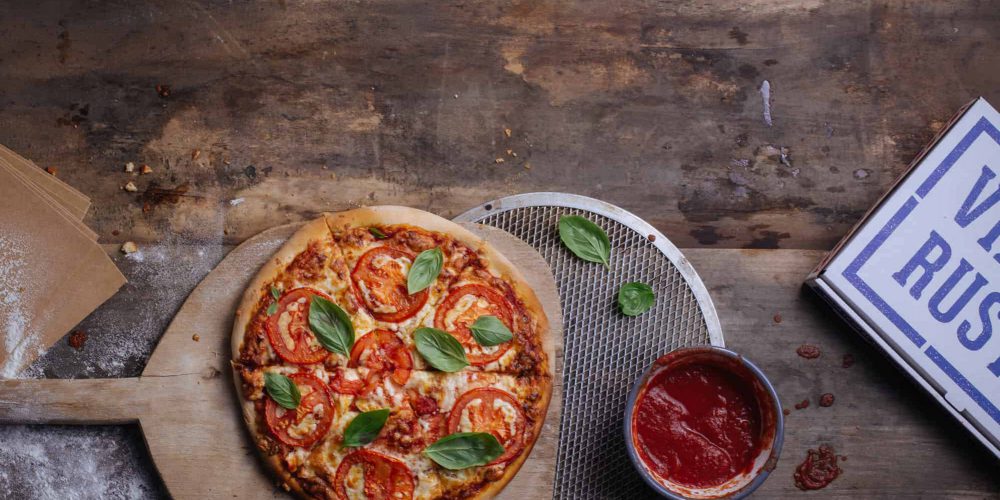 I was craving a pizza the other night. I didn't want to order anything in though, because I promised myself to cook more. Whenever I cook, I wind down and, most importantly, my meal is healthier, as I mainly use fresh produce. But, how to make a vegan pizza dough without yeast? I had no clue and neither did my cookbooks.

So, naturally what did I do? I googled and found a recipe for making pizza dough without yeast (it's really not easy to get your hands on yeast in the U.A.E., which is why you'll probably never find it in our kitchen) but with dairy. "Whatever!", I said to myself, "I'll slightly change it up.".

I substituted milk with almond milk, which worked really well, and all the cheese with some vegan cheese leftovers, I found in our fridge. To make the dough even healthier, I used half oat bran and half whole wheat flour. You might wanna try different kinds of flours, if you're sensitive to gluten.

Next time, I'll make this pizza, I definitely will do so. I noticed, I feel better and less bloated whenever I pass on gluten. Since that were the only flour options, I had at home, I went for those.

When it comes to pizza toppings, I love to do unusual combinations, as long as the pizza doesn't get soggy (to whoever invented Pizza Hawaii: WHY would you do that???). There weren't many veggies in our fridge, so I went for cherry tomatoes and bell peppers.

And then I saw the can with the chickpeas. In the blink of an eye, I decided that those should also get a place on this super yummy simple vegan pizza. Best. Decision. Ever!!!

Have fun with the recipe below!

I hope you enjoy this recipe! What kind of toppings do you prefer on your pizza?

How To Make An Avocado Rose [Tutorial]